Xiuhtezcatl Roske-Martinez Dares U.N. To Do Something About Climate Change 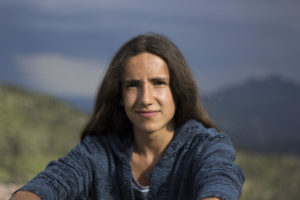 Xiuhtezcatl is the youth director of the non-profit organization Earth Guardians. He has been an active climate change campaigner since the very early age of six and has now been selected to speak at the UN General Assembly opening ceremony.

In his speech, Xiuhtezcatl addressed our world leaders in order to rally a unified, binding agreement, which will ultimately provide a lasting solution to the climate change global issue. His hopes are to galvanize the international momentum surrounding the upcoming Paris climate conference.

Xiuhtezcatl is committed to ensuring that his peers—including other undeserved groups—don’t end up paying the high price of today’s leader’s inaction regarding climate change. Breaking the conceptions that the youth is powerless, Xiuhtezcatl is all about rallying supporters of every age and creed through his speeches and presentations.

He believes that climate change is no longer just a moral issue—but a matter of life and death. And this is the exact message that he delivered to the world leaders of the UN on June 29.

“It’s reassuring there’s a conversation going on,” he said. “We have to speed up the conversation… Unless we make the right decisions, we’re going to wind up with a pretty messed-up planet.”

In the battle against climate change, every little bit helps the massive global effort. But for those who haven’t started yet, perhaps Xiuhtezcatl’s speech will kick-start action.

Xiuhtezcatl hopes that when the nations of the world meet in Paris later this year, the leaders will take some serious, no-doubts, action and conclude with a new climate agreement.