Oceans Need To Be Cleaned Up 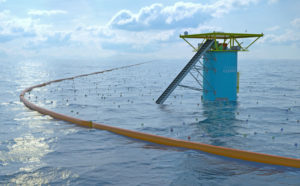 Unlike other most other 20-somethings who worry about the world’s environmental degradation and seemingly inevitable future, young 20-year-old visionary, Boyan Slat, has been working on a solution. For the last three years Slat has been working on a project intended to rid the oceans of plastic pollution.

Slat’s project, called The Ocean Cleanup Project has been projected to launch early 2016. If his project works as intended, it may alter the fate our Earth’s oceans and all the plants and animals that depend and thrive within that ecosystem.

Slat comments that his inspiration for this project came from a diving holiday he had to Greece. What would have been an amazing opportunity to spot a vast diversity of fish and ocean animals soon turned into a realization: as he swam, he came across more plastic bags than he did fish. 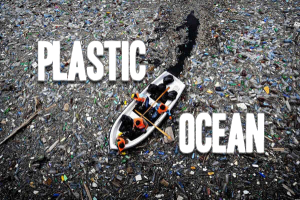 The Great Pacific Garbage Patch floating in the North Pacific Ocean is no secret today. This swirling sea of plastic bags, bottles and debris is growing everyday. As ocean currents follow their course, they collect floating garbage for thousands of miles and drop it in the North Pacific Subtropical Gyre. Over the years, this trash piles up in a convergence zone that has linked together two Eastern and Western garbage patches. This has eventually formed the Great Pacific Garbage Patch.

The Great Pacific Garbage Patch stretches for hundreds of miles, forming a nebulous, floating junkyard in the high seas. And while there is still much scientists do not understand about this junkyard, one thing they do know is that it is mainly comprised of plastic—and unlike other trash, plastic is not biodegradable.

The main problem with this huge plastic junkyard is the environmental threat it poses to marine life. These problems range from wild life becoming entangled in abandoned plastic fish nets and ingesting small plastic surface debris. Another huge issue is photodegradation of plastic since the plastic’s inherent toxicity leaches into the ocean water.

In other cases where ocean currents do not send this plastic junk into gyres, it actually washes up on the shores of islands or other coastal areas (in greater concentrations in some areas). One such area is the Japanese island of Tsushima.

It is here that Slat and his team for The Ocean Cleanup have decided to implement their project.

Working as the world’s first ocean cleaning system, Slat’s idea uses solar platforms that serve as a base for an array of specially angled floating barriers that capture garbage and debris as it drifts in the ocean.

So essentially, as currents move plastic trash, this barrier blocks and gathers the trash into a collection platform. This platform then also acts as a recycling center to sort out the plastic.

This barrier system works because most of the plastic floating in the ocean is found around the top two meters from the surface.

The Ocean Cleanup Project will operate for two years in which it will collect plastic that would have otherwise reached the shore. Further research by their team of 100 scientists and engineers is looking into turning this plastic material into an energy source.

In their 10-year feasibility plan, The Ocean Cleanup Project is looking to be able to cast a giant 62-mile array of barriers. This would potentially catch half of the trash in the Great Pacific Garbage Patch.

Some of the criticism the project has gotten is that prevention and interception of plastic reaching the oceans is a much more sustainable approach to dealing with ocean pollution. However, having even some hope of being able to clean up the mess we have already made is also part of the solution for cleaning up the Great Pacific Garbage Patch.

If Slat’s Ocean Cleanup Project works as well as he hopes it will, a world free of marine pollution could be possible for future generations. Can you imagine that?!