No Place For Whaling In Our Oceans

After a lengthy four year court battle, Australia achieved victory against Japan’s controversial whaling program in March 2014. This court decision sent a clear message to other governments around the world that the exploitation of animals would no longer be accepted nor tolerated. However, this past November, the whole animal protection community was struck in awe when Japan announced they were continuing their Antarctic whaling come this summer. 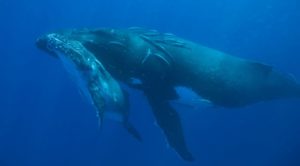 Called Jarpa II, Japan’s whaling research program allows for the killing of whales for the purposes of scientific research. This “special permit whaling” also know as “scientific whaling” permits countries to kill whales for scientific purposes. Regulations surrounding this special permit stipulates that any country that practices lethal scientific sampling should report to the International Whaling Commission (IWC). Regulations also stipulate that the scientific information produced from the lethal sampling need to be presented at least annually to the IWC.

Japan’s whaling program is mostly conducted in the Southern Ocean Whale Sanctuary, including its special permit whaling. According to special permits established by the IWC since 1994, all commercial whaling is prohibited in this sanctuary, regardless of the status of whale population stocks. Although Japan claims that all their yearly lethal catches are all for scientific purposes, Japan has been long criticized by other countries for increasing annual whale takes despite dwindling populations. Japan has additionally been criticized by the Australian government of using scientific whaling as a coverup for commercial whaling. 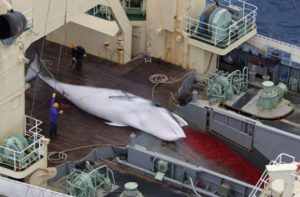 In March 31, 2014 the courts agreed that Japan’s scientific whaling program did not meet the required ground for claiming a special permit, and banned Japan from killing any more whales under the Jarpa II agreement. The courts claimed that regardless of the whaling being performed in international waters or not, the exploitation of animals is simply unacceptable. Neither commercial nor scientific whaling have any place in the 21st century.

However, after a year’s ban on whaling, Japan set out for the Antarctic this November, set on resuming whaling this summer. Although these actions by Japan to continue its whaling practices goes against the ruling made by the International Court of Justice in early 2014, Japan claims that it will continue it’s whaling for scientific purposes. Japan claims that their lethal research is done all in the name of science.

What Can You Do?

The rest of the world has made it clear that there is no place for whaling in the 21st century. Scientific research needed to help conserve whales can now be done without any bloodshed. The very purpose of killing to help conserve sounds like a very retrograde idea. Governments around the world have already brought to light how ridiculous Japan’s claims to support whaling are.

Whaling is a cruel and inhumane practice, there is no reason why a whale needs to die at sea from an exploding harpoon. You can now help other organizations that are trying to condemn this barbaric practice, and make Japan respect the court ruling from 2014.

This new year, we are making World Animal Protection our highlighted group of the month for their efforts in helping end the barbaric practice of whaling. World Animal Protection has been campaigning for decades to bring an end to whale killing– and they want to get their voices heard. Help us by donating 51% of our profits this January to this amazing cause!