In the last few years, U.S Southwest and Central Plains have faced severe droughts that have caused reduced yearly rainfall and increased temperatures across these regions.

For the past three millennia, this region of the United States has been affected by several major droughts, some that have even lasted up to 30 years. Past studies modeling drought variability and dynamics have only focused in using data from only the past century. However, to understand the risk that Southwest and Central United States is facing in the latter half of the century, a much longer timescale has to be used.

In a new study by NASA, scientists examined tree-rings to retrieve data going back 1,000 years to study previous wet and dry periods around the region. This natural data provided a wealth of information by observing the amount of space between rings in centuries’ old trees. During the years of prevalent rainfall, these trees grew more, and thus grew a wider ring that year. Narrower rings indicated stunted tree growth during years of drought. 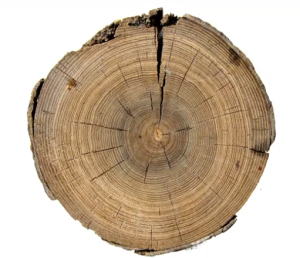 This same study compared tree rings of the same species of trees in modern droughts to produce an accurate drought map across the world reflecting the last 1,000 years of drought by examining moisture conditions. Having data spanning across a much larger timescale helped scientists examine a bigger picture of modern-day and future droughts, taking into account Earth’s natural drought cycle.

Records of other mega droughts in North America date back to medieval times, between 1100 and 1300. Although the data collected from studying tree rings during this period revealed that these mega droughts were no worse than present droughts, they spanned for around 30 to 50 years.

Based on the data retrieved from the NASA study, scientists are suggesting that the drought models are predicting a drier and warmer latter half of the 21st century. What we do about green house gas emissions in the next few years will directly affect how these gas emissions affect areas of the United States. According to Ben Cook, lead author of the study and climate scientist at NASA’s Goddard Institute for Space Studies, estimates that the current likelihood of a mega drought lasting over 30 years is 12%.

These mega droughts that occurred during medieval times had adverse effects on the societies that inhabited North America at the time. Due to the severe drought, they were forced to leave behind their agricultural economies and relocate to other societies due to repeated crop failure, reduced wild food sources, and increased competition for scarce resources.

There is no doubt that a mega drought would have severely adverse effects on the populations of Southwest and Central United States. As these areas are becoming increasingly more populated throughout the years, creating more demand for water and other important resources, people living in these areas will need to adapt to the changing climate conditions or be forced to relocate like their ancestors.