Journalists unwelcomed in Mexico and Russia

Three bodies found buried in the Municipality of Las Choapas.

A father drops his children off to school. Hours later, he is captured by armed men. A few days later, he is found buried with two others. 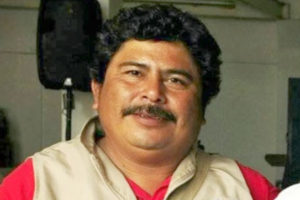 According to CPJ (The Committee to Protect Journalists) on Thursday February 11th, the body of Gregorio Jimenez de la Cruz was found in Veracruz. He was captured February 5th 2014 in his home by armed men after dropping his children off to school. Gregorio was a reporter that covered the topics of crime and security in his local papers called “Notisur” and “Liberal del Sur”. He would also touch base on topics such as abductions and violence towards migrants. Gregorio actually covered a story on the disappearance of a fellow union leader. Ironically, that union leader was identified to have been buried next to him. 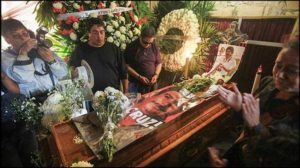 CPJ was informed by local journalists that the investigation was happening on a personal level between the victim and suspects. They were furious on the fact that the state chief of Veracruz disregarded a journalistic tie with Gregorio’s murder.

According to CPJ research, Veracruz is deemed the most dangerous for press in Mexico. At least two journalists have been killed since 2011 relating to their work. 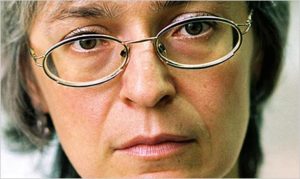 56 journalists have been killed in Russia since 1992. On 7 October 2006, it happened to 48-year-old Anna Politkovskaya. She was the correspondent of the local newspaper called “Novaya Gazeta” covering topics of human rights abuses, particularly towards Russia and the Chechen conflict. According to CPJ, she was murdered in her apartment in Moscow. Finally, after almost 10 years, her murderers were sentenced. The questions that raises from Anna’s murder is, why did it take so long to sentence the people who did it? This wasn’t a tax fraud case, it was the senseless murder of a correspondent. It seems that murder cases should take less time to be closed, right?

Putin has made it clear to surrounding countries and to media around the world that he will not tolerate what seems to be “freedom of speech”. Does he have something to hide? According to CPJ, Putin has shown barely any signs of emotion when the murders of local journalists have occurred. Therefore, this has increased the threats and violence against media within Russia. Putin continues to silence media with restrictions on internet and television programs. 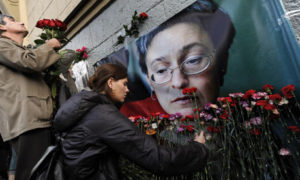 CPJ has sent out a letter to justify and force down the wall against journalists and human rights activists.
These two cases are only a small proportion of what really is going on in the world of freedom of press. Day-in and day-out, journalists, photographers, researchers, and more in the field of journalism get threatened, tortured, and even killed, like mentioned above. This can not continue. We believe in freedom of press. The public has the right to know what is happening out there. Secrecy is not an option when our interests are concerned.

This is why CPJ is our group of the month for the month of March 2016.

Every time you purchase your contacts with ContactsforLess.ca, we give 51% of our own profits to the Committee to Protect Journalists as the default non-profit organisation of the month. However, you can chose one of the many other groups available in our list.